Looking back at Stafford – a West Coast mining hamlet

Stafford is a mining hamlet situated on the Waimea Creek, and on the main West Coast road, eight miles from Hokitika.

It was once described as being in the Arahura riding of the county of Westland, and in the Electorate and Provincial District of Westland. The first “rush” to the area took place in 1865, and it is stated that in 1870 the township contained thirty-seven hotels and seventeen stores. It is estimated that at that time the population exceeded 5,000 people, amongst whom were a large proportion of Scandinavians. Stafford, in its palmiest days (which ended about 1875), was a payable field. It has contributed a fair quota of gold over its lifetime but the diggings are now nearly worked out, although a few good sluicing claims still remain; amongst them the “Wheel of Fortune.”

Caption: View of Stafford, Westland, West Coast, across a stream. Photographed circa 1910 by William Archer Price. Stafford Cemetery. 1971. Group portrait of pioneers of Stafford, photographed in 1911 by an unidentified photographer.

Stafford 1901: The nearest railway station is three miles and a-half distant, on the Greymouth-Hokitika line. There are four churches in the settlement; namely, Anglican, Presbyterian, Methodist, and Roman Catholic, and the clergymen in connection with all come from Kumara, ten miles distant. The Government buildings are represented by the local Magistrate’s Court and Police Station, and the business of the Post Office is conducted at one of the local stores. There are also two hotels, a blacksmith’s smithy, and a bootmaker’s shop. Stafford has a public library, a reading room, an Oddfellows’ Lodge, and a local public school. At the census of 1901 the population numbered 116. 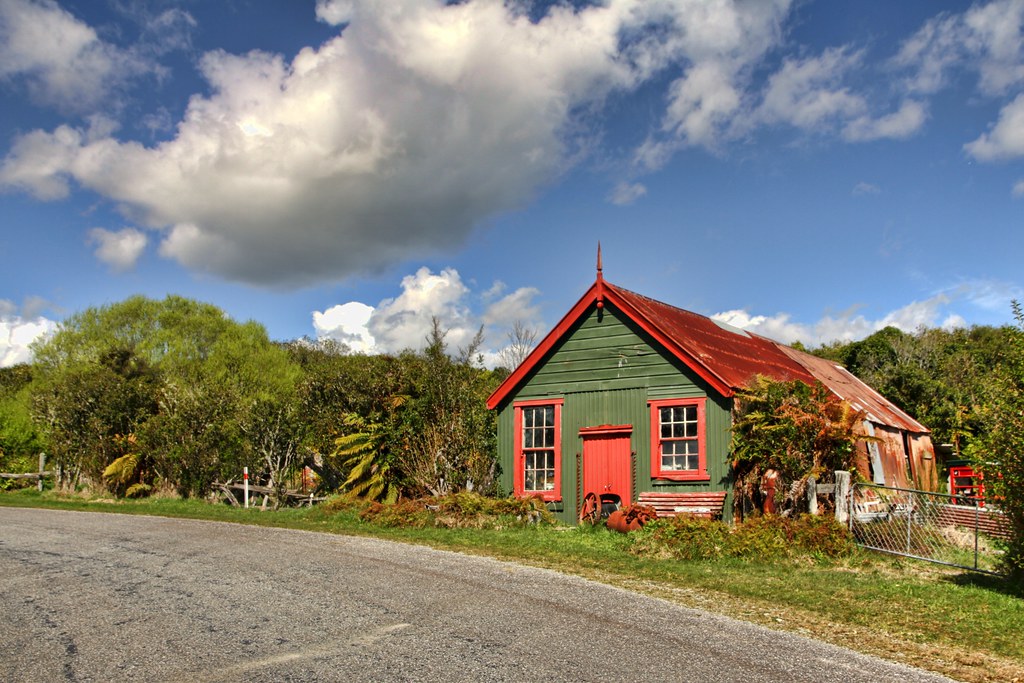