Greymouth is a river town with a history of jade hunting, gold mining, coal mining and dramatic river floods.

Once the site of the Maori pa Mawhera (which means ‘wide spread river mouth’, in reference to the town’s river mouth location), Greymouth is considered the heart of the West Coast.

The Grey River / Māwheranui, cuts a dramatic path through the town. It rises in Lake Christabel, one of numerous small lakes on the western side of the Southern Alps, 12 kilometres southwest of the Lewis Pass and runs westward for 120 kilometres before draining into the Tasman Sea at Greymouth. The river was named  the Grey River by Thomas Brunner after prominent 19th century New Zealand politician Sir George Grey.

Maori had lived in Greymouth for considerable time before European settlement. Thomas Brunner was the first European to visit the site of what is now Greymouth. He arrived in 1846 and, as well as naming the Grey River, he discovered coal in the Grey Valley. Several places in the region (notably the town of Brunner and Lake Brunner) bear his name. Together with gold, coal mining was a major impetus in the town’s early European history.

Greymouth is the largest town on the West Coast and the arrival point for the scenic Tranz Alpine train from Christchurch. 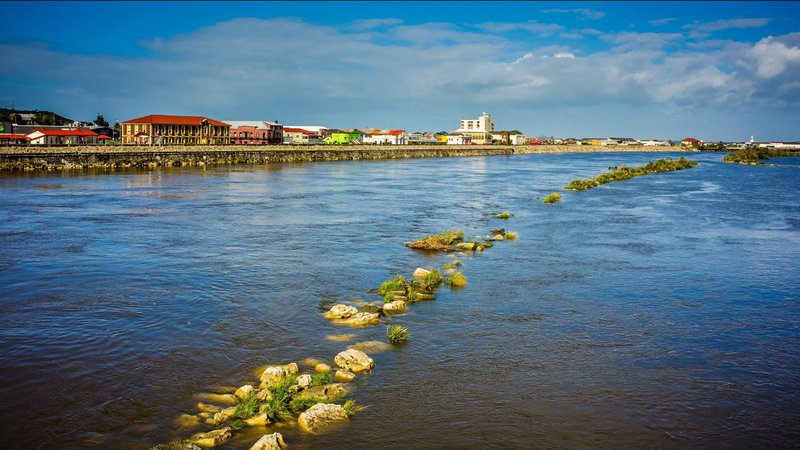 The area’s gold mining history can be appreciated at the local museum and nearby Shantytown, a frontier town left over from the old gold mining days! Local brewery Monteith’s is something of a New Zealand legend; it runs tours that include a tasting session.

The 2-hour Point Elizabeth Walk passes through a scenic reserve and old gold mining sites. It begins 12km north of Greymouth at Rapahoe Beach, which also happens to be a favourite swimming spot during summer.

Check out www.newzealand.com/int/greymouth for all that there is to do and see in Greymouth.

Over Queen’s Birthday Weekend, Bruce Smith took a drive around Greymouth (population just over 8,000) to get a feel for the place. The weather was stunning and showed this river-mouth town at its very best.

Sunday lunch time in Greymouth on Queens birthday weekend in stunning weather.The cafes are busy and its got a real holiday feel about it.