Aratuna Freighters was started from humble beginnings by the Havill family in 1985.

The initial fleet consisted of only one truck & trailer, but it has developed today into a company that runs a diverse mix of general and rural freight, fuel distribution and a Fastway couriers franchise.

In 1989, the company received distribution rights for BP and a tanker truck and trailer unit was put on the road. Double shifting, the truck covered the work previously done by tankers out of Nelson. The petroleum distribution work has now grown to include three truck and trailers units and eight tanker drivers based in Greymouth. The fuel is marketed, delivered and sold by Aratuna Fuels.

In 1992, the Refrigeration side of the operation started with the acquisition of Polar Express (one truck and trailer) and Trans Alpine Refrigeration Ltd (one line haul unit). This side of the business was expanded further in 2001 with the purchase of Williams Transport. 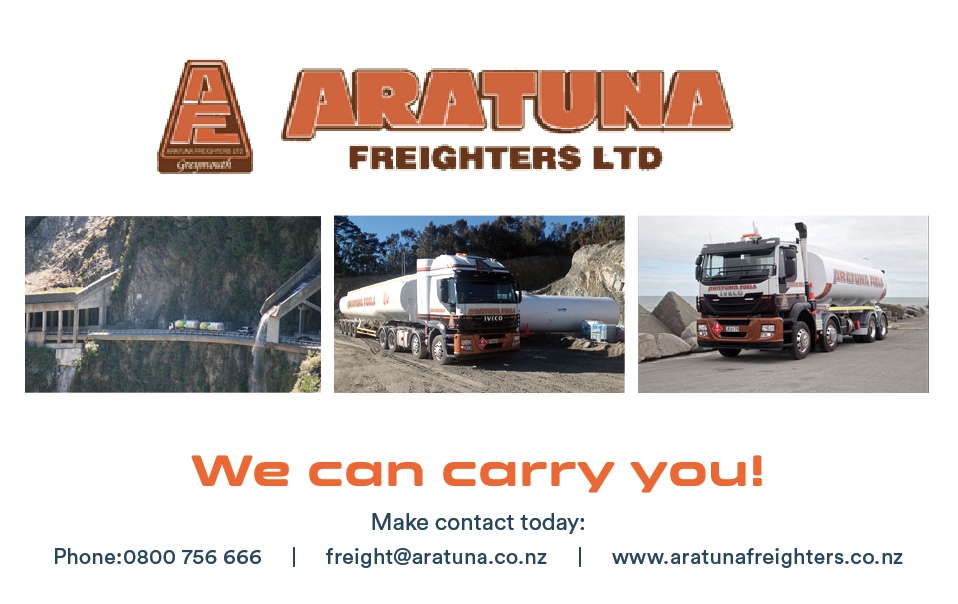