Wow! What a Labour Weekend it was.

So many events, so many great people, so many memories!

In fact, some are calling the Coast, ‘the events capital of NZ!’ We capture it all in this issue of The Coaster’s Weekly with pics and videos.

Our Coaster’s Pass this week takes you to Kumara’s very elegant Theatre Royal Hotel while our “Chat around the fire” says goodbye to another famous hotel in Greymouth, where once Queen Elizabeth II stayed.

We set a course for a career in the fishing industry with Mark Guy and Amy Moore, meet a couple of Coast Characters called David Stapleton and Jim Keenan and highlight AgFest 2020 in our featured posts from the Coaster’s Club.

Marc Zuckerman is a craftsman woodworker from Hokitika – we introduce you to him and give you the weekly poem from Mark Raffills.

A run down of events coming up on the Coast and updates from William’s Hotels Group and Aratuna Freighters, round-out the good read for this week.

Have a listen here as I run down this week’s stories:

Enjoy this 20th issue of the Coaster’s Weekly,

There were so many stunning events taking place on the Coast over Labour Weekend that one would have to give serious thought to branding this magic strip of land the ‘Events Capital of New Zealand’!  Such were the number of visitors, locals  and participants who turned out, that there was not a spare bed to be found anywhere.

On the following pages we bring you a pictorial round-up of these events. Through these videos and pics you will see the community in action, relive some history and take in some breathless action! 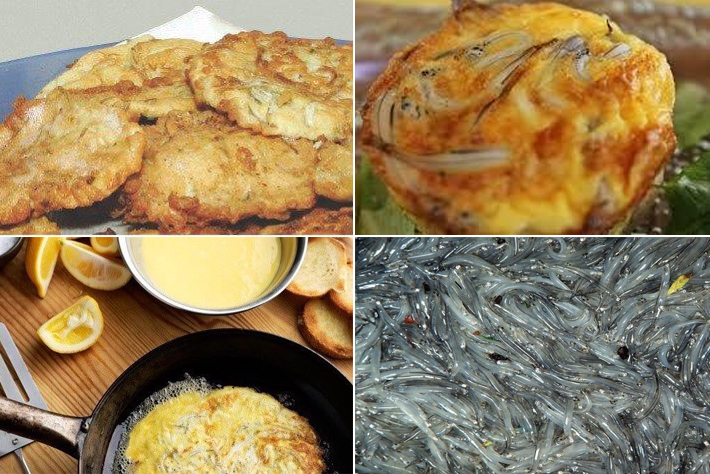 A tragic event is remembered.

The racing took place on Saturday and Sunday over Labour Weekend. Here’s some of the action: 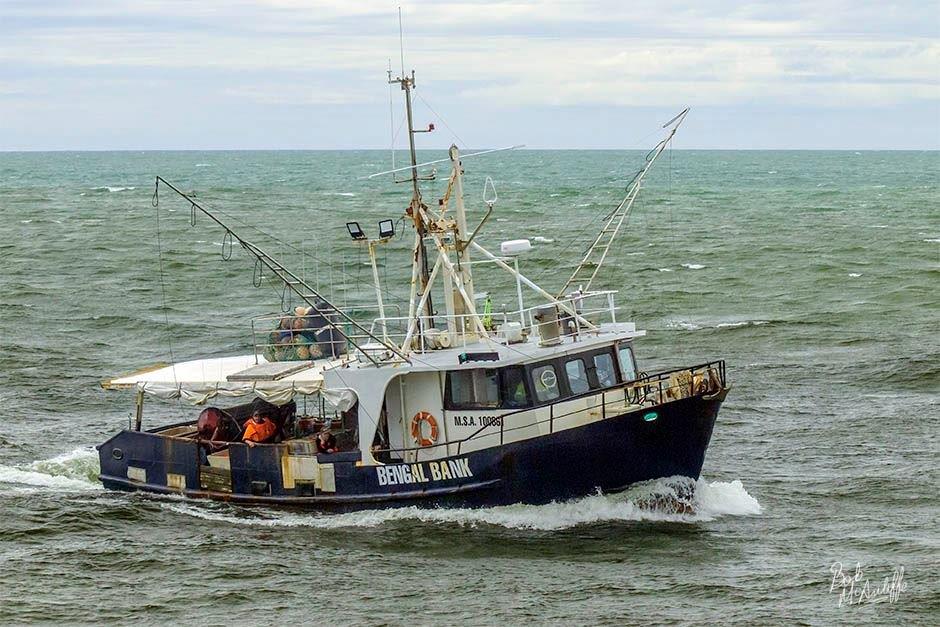 Mark Guy is the owner of the FV Bengal Bank, fishing out of Greymouth.

He started fishing out of Bluff as soon as he left school so he has been in the industry for quite some time. Mark has built up a wealth of experience and knowledge over the years.

Coaster’s Weekly had chance meeting with Mark and we recorded his tale of life as a fisherman and got his view on the industry as a whole. We were impressed with Mark’s depth of knowledge about the fishing industry. And we were encouraged to hear of the opportunities the industry presents for young people looking for a career. We discovered a young person can take up a fishing career and within three years  could be earning $120k plus a year! That’s excellent prospects by anyone’s reckoning.

Interested? Have a listen here to Mark’s story and see how he got started:

There are people and families whose vision, determination and perseverance helped establish the West Coast and its indomitable character.

And in so doing, they provided a strong foundation on which the Coast has continued to be built by others who have been drawn to this wonderful place.

We chat with Mark Williams about the history of this pioneering West Coast family:

Both the Ashley Hotel in Greymouth and The Punakaiki Resort have accommodation for AgFest on the 13 and 14 November. Call them to book your room today.

Victorian elegance in the heart of historic Kumara

Your accommodation on the West Coast Wilderness Trail

This week’s Coaster’s Pass takes you to historic Kumara and the fabulous Theatre Royal Hotel.

The Hotel is the West Coast’s only fully-restored gold miners’ hotel; and in a former life it was a world-renowned theatre. And it is on the West Coast Wilderness Trail route, so it is ideally suited to provide you with the best accommodation on your West Coast adventure.

Our historic gold rush hotel features six themed ensuite-rooms. Each room is quite unique, with its blend of Victorian decor, antique furnishings and modern amenities.  Whether you are a history buff, an intrepid explorer, a Kiwi neighbour, a discerning traveler, or just a plain fun lover, the Theatre Royal Hotel knows how to look after you!

We invite you to come and discover Kumara’s colourful past, which included NZ’s last great gold rush and was the home of the country’s longest serving Premier, Richard John Seddon.

Not only is Theatre Royal Hotel on the West Coast Wilderness Trail, but it can also offer you accommodation for the Wild Foods Festival in March:

This week’s featured posts from the Coaster’s Club

This week’s featured posts from the Coaster’s Club are all about AgFest which is taking place in Greymouth on 13 and 14 November, 2020.

John Deere in Greymouth is managed by Roger who gives us a profile of his company and tells us a little of the products they will have on display at AgFest:

Mitre 10 Mega will be at AgFest too. They will have a very large tent which they will share with a number of co exhibiters and they will be promoting some great deals that will be well worth looking at:

How Aratuna Freighters can help you

This week Coaster’s Weekly talks with Monique Havill, co-owner of Aratuna Freighters, about the services the company provides to local home owners and farmers throughout the Coast.

We learnt that is not just the large, bulk loads they cater for, they also provide small deliveries required by householders and small businesses.

Have a listen to Monique here:

Here we listen as David delivers a presentation at the Goldrush 150 Celebrations in Hokitika in 2014.

The celebrations included a series of seminars titled, Digging History. David’s presentation at one of these seminars was called ‘Sounding the Leads – Deeper Insights to the Goldfield Parts of the West Coast’.

of words, pictures and the arts

Mark and Jan arrived in Hokitika in April 1971.

As an exploration geologist, he fell in love with the ruggedness of the West Coast and he and Jan decided to stay. They purchased 3 acres, 20 km East of Hokitika on the road to the Hokitika Gorge and built their home – including all the windows, doors and cabinets.

In the process of building their house, Mark became consumed by the desire to be involved in woodwork and design.

The peacefulness of the environment has inspired the simplicity in his work which he considers to be minimalist-modern with a pacific influence. Over the first 40 years as a self-taught woodworker, in a relative isolated environment, his work has ranged from furniture to kitchen utensils with a continuous progression of original designs.

All Mark’s products are 100% locally made and designed, with 100% sustainably managed NZ timbers. He has been very fortunate to have a small group of talented woodworkers to assist him in producing high quality products. These woodworkers are Jane Chapman, Chris Weaver, Jan Zuckerman and Jane Churchwell.

Chat around the Fire

The most recent version of Revingtons Hotel was built in 1938 and was located in Greymouth’s central business district at 45-49 Tainui Street.

It was historically significant as one of the West Coast’s leading hotel establishments. The hotel has recently been demolished and the site prepared for a new development.

The ancestry of Revingtons Hotel can be traced to a timber hotel built on this site by John William Oliver in 1876 called the Post Office Hotel. It was taken over by Tom Jones in circa 1885. In the mid 1890s, the hotel was purchased by William Daly Revington, who added his name to its title to become ‘Revington’s Post Office Hotel’, shortened to ‘Revingtons’.

Revington made large additions to the hotel building. In 1901, it was described as being ‘probably the quietest, most dignified and generally excellent establishment … [it is] far above what would be generally expected in a town the size of Greymouth’.

At this time, it was a two storied structure with a large balcony overlooking the thoroughfare, and comprised about 25 bedrooms, as well as apartments. On the ground floor was a large dining room, billiard room, commercial room, four sitting rooms, pantry, kitchen and servants rooms. A major flood in 1936 saw waters rising high enough for the chairs in the dining room to float around. It is possible that this event led to the decision to replace the hotel a year later.

In 1938, the owners of the day, Allan and Margaret Marshall, replaced the original hotel building with a new Spanish Mission-Art Deco style building. The architects were the Christchurch firm of Collins & West. Two stories in height and V-shaped in plan, this replacement hotel building had a ceramic tiled roof. The main façade fronted Tainui Street and contained a central entrance leading to the hotel’s foyer, with a balcony at the centre above. Smaller doorways were located at either end of the west façade’s ground floor, and there were sash windows on both the ground and first floor above. The first-floor balcony doorways were flanked by colonnades and above was an applied decoration in the form of a curved pediment. The central portion of the façade protruded from the main roof line.

The hotel has had a long history of hosting dignitaries. Probably the most famous guests were Queen Elizabeth II and the Duke of Edinburgh, who were photographed on 18 January 1954, waving to a large crowd from the hotel’s balcony. (See pic)

While most buildings in downtown Greymouth are on Maori reserve land, Revingtons Hotel was unusual in that an auction in 2008 saw part of the land going into private ownership.

View the clearing of the the Revington hotel site here.

What’s happening on the Coast?

AgFest 2020
Friday 13 and Saturday 14 November, 2020
Follow the link for all information and registrations.

Ride the Wilderness
Saturday 14 November 2020
Follow the link for all information and registrations.

Buller Marathon, Half Marathon and Walk
Saturday 13 February 2021
Follow the link for all information and registrations.

For inclusion on these pages please email details of your event and website link to: admin@thecoastersclub.co.nz